Steiner kindergarten Pajulintu functions in its own beautiful building that was constructed in 2000. It is situated on a peaceful plot with a little forest on the way to the Seinäjoki central hospital. Pajulintu is an option for all families.The fees are the same as in the public day care and are determined by the income of the family. You are welcome to make an appointment and visit us!

The preschool is free of charge.

The kindergarten is open from Monday to Friday from 7 am to 5 pm and on an agreement from 6.30 am until after 5 pm. The kindergarten offers fulltime and part-time nursing. In July and the few days between Christmas and New Year we have holidays.

In Steiner kindergarten Pajulintu the children are allowed to be children, to play and live in the world of fairytales. Play that originates from the rich imagination of the child is central to the days. It offers multiple stimuli and learning in a way that is natural for a child. The children also paint, draw, bake, make trips, and learn handcrafts and domestic skills by imitating the activities of the adults. The children are being told fairytales and sometimes the tales are made alive through puppetry or acting. Fairytales teach deep wisdom. In Pajulintu the surroundings to grow are safe and the atmosphere is homely and serene. The organic food made in our own kitchen is well-liked by the children and it supports their health. The staff in Pajulintu has got experience, professionalism and Steiner pedagogical training.

The kindergarten was established in the beginning of 1990. The administrator is Seinäjoen seudun steinerpäiväkotiyhdistys ry. (The Steiner Kindergarten association of Seinäjoki region), which has an agreement with the municipalities of Seinäjoki and Ilmajoki. The fees are the same as in the public kindergartens. The building is constructed by the association and natural solutions were used in the construction. 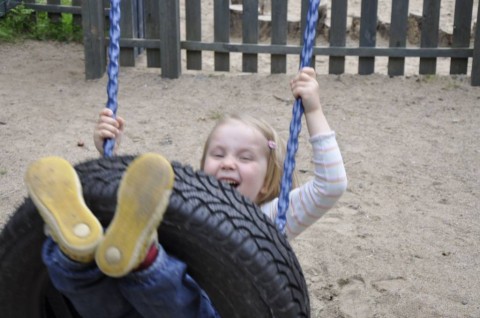